An introspection by Florian Krämer, Social Worker and Founder of Vulamasango

After the end of Apartheid and the first democratic elections in 1994, the whole world spoke of a new “Rainbow Nation”. South Africa had the rare opportunity to write a new constitution from scratch, a process that involved the world’s foremost lawyers, experts on constitutional law and human rights icons. The result was hailed as one of the most modern and progressive constitutions ever written. Nelson Mandela’s vision of the new South Africa, a country in which all the various cultures, religions and ethnic groups could peacefully co-exist and could work through their painful history through the tremendously forgiving “Truth and Reconciliation Commission”, was at the time recognized throughout the world as exemplary and unique in its kind. An entire generation of people turned their eyes towards a bright and hopeful future!

A quarter of a century and an entire generation later, not much is left of this once promising vision. The “born-free generation”, the generation of young people who never actually experienced the cruel system of apartheid and who themselves never had to fight for freedom and the right to vote, is now reflecting on the past 25 years, wondering what ideals exactly their parents and grandparents actually fought for.

When looking at the South Africa of today, one can barely notice this once so promising “rainbow nation”. The people of South Africa are more divided than ever before – socially, politically and economically. The World Bank recently identified South Africa as the economically most uneven country in the world. Statistics say that since the end of Apartheid the white population has increased their income by 40%, whereas the income of the black population has actually decreased by 1,9%.

The number of the informal settlements, the illegal shantytowns made up of small tin shacks, is now tenfold to what it was in 1994. In 2013 the then Minister of Health, Motsoaledi, revealed, that a shocking 28% of schoolgirls in South Africa are HIV positive. The fact, that only 4% of the male pupils of the same age group are positive, points towards the widespread phenomenon of “sugar daddies”, to whom young girls are forced to “sell themselves” out of dire poverty, in order to survive through High School. According to the Department of Health, 94.000 schoolgirls fell pregnant in 2011 alone, some as young as 10 years old. Another 77.000 girls decided to rather abort.

On top of the dire poverty and economic plight of the black population, more than 6 million people in South Africa are now infected with HIV – more than in any other country in the world. According to the Department of Health, 260.000 people died of the immune deficiency in 2011 alone – meaning a new death every 2, and a new orphaned child every 4 minutes!

According to the UN, South Africa’s life expectancy of 57,1 years ranks a shocking 186 in the world, of only 201 countries listed, a whopping 14,4 years below the world average.

During the 9-years our last president, Jacob Zuma, was in power – from 2009 to 2018 – a total of 3,5 million people became unemployed – at a mind-blowing rate of 900 people a day! Corruption is not only widespread in political circles, but crucially also amongst the police force. It seems almost comical that every single South African Chief of Police in the past 20 years has been accused of corruption or some other abuse of power. In 2018 the Chief of Police of the Western Cape was sentenced to 6 years in prison for corruption, and in 2016 a former Police Commissioner in Cape Town admitted to selling 2.400 police firearms to gangsters. 1.000 murders and 1.500 attempted murders have since been linked to exactly those firearms. It is no surprise then, that in the first 7 months of 2019 there have already been 1.600 murders in Cape Town alone. And hardly anyone is brought to justice. The conviction rate for gang murders lies at a shocking 2%.

Tourists are hardly affected by this of course. Even though Cape Town has long surpassed Johannesburg in terms of the murder rate and is now ranked amongst the 20 most dangerous cities worldwide (only surpassed by some Latin American cities), it is continuously being ranked as one of the world’s top tourist destinations. An article in the Bloomberg news in 2018 described Cape Town’s Townships as “one of the world’s most dangerous places outside of a warzone”. Since 2011 the murder rate has climbed continuously year after year. But the violence mostly takes place in the Townships, those endless stretches of tin shacks and small houses far away from the beautiful city centre below Table Mountain, where the world still seems to live in total harmony.

where did the dream go?

So where did the dream of the “rainbow nation” disappear to? Unfortunately, after 20 years of active Social Work in the Townships of Cape Town, I can only confirm all those horrendous statistics. The frequently asked question, if there seems to be at least any improvement at all, I sadly have to answer with a resounding “no”.

But for me personally that only means that the need for action is now greater than ever! One cannot expect the government to handle this immense crisis alone. Especially not as long as the corruption and ignorance within government circles is as systemic as it is now. It will take a concerted initiative by private and corporate donors, social workers, teachers, doctors as well as both government and private non-profit organisations, to address this national crisis.

We thus decided to play our part in this effort by founding the children’s project VULAMASANGO – Open Gates in 2008. And even though after 10 years of hard work we can still not see any real improvement in the circumstances around us, we can still see the huge, tangible and undeniably real successes in the lives of our own children, such as the children and youth who participated in our programmes and were raised in our project and are now studying at universities and colleges throughout South Africa – two already doing their Masters Degree in Law and Chartered Accounting.

Or the boy who completed his first level of carpentry training in our wood-workshop. Or even those children that might never be able to complete the normal school curriculum due to the severe traumata they had to endure during their childhood, but who are for once in their lives being given a real chance to at least live a number of years in a sheltered, safe and loving environment at Vulamasango!

We strongly believe, that we are sowing precious seeds on a daily basis, that will one day bear fruit. For without this unshakeable belief, this once so beautiful vision of the rainbow nation is truly going remain just a dream, shattered by the social, political and socio-economic reality in this beautiful country we call our home!

Please help us to carry on dreaming, so that this powerful vision of the rainbow nation we call South Africa, might just one day become a reality for our beautiful children and youth! 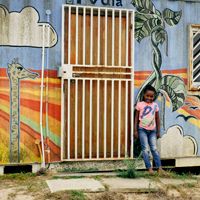 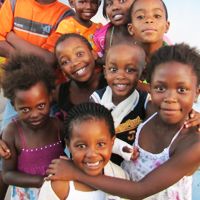 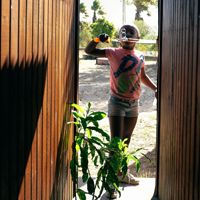 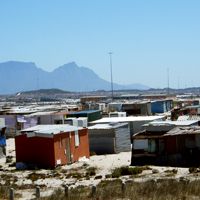 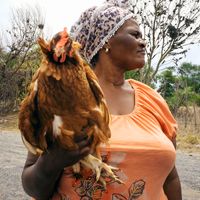 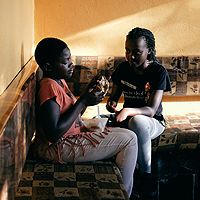